Is Flash Dead? Signs are Pointing to Yes

For decades, Flash and the internet have been inextricably linked. For years, pretty much any time you saw something moving online — whether the blaring, neon-soaked banner ads of the late 1990s or the subtler carousels that gained favor in the mid-2000s — it was created with Flash.

Over the last few years, though, the calls for developers to stop using Flash have grown louder and more insistent, with one blogger even calling for the entire web development community to agree on a defined end date to declare Flash dead once and for all.

While it may still be too soon to declare a time of death for Flash, it does appear that the technology is gasping its final breath. With the rise of HTML5, and the numerous benefits that it offers developers, businesses, and users, there’s increased sense that Flash simply has too many limitations to continue to be a viable option.

Why HTML5 Is Superior

When comparing Flash and HTML5, it’s easy to see why HTML5 is considered the better option.

It’s no mystery that mobile usage is quickly eclipsing fixed internet/desktop usage. As of January 2015, the time spent on mobile devices was almost equal to that spent on PCs and laptops — and conversion rates on tablets were actually equal to that of PCs. For many people, mobile devices like smartphones and tablets are all but replacing PCs, and businesses are being forced to adjust their marketing and web development strategy to better meet the needs of their mobile audiences. For most, that adjustment means moving away from Flash animation to HTML5 animation, or risk losing audience.

Flash has never been a mobile-friendly technology. Apple’s iPad and iPhone, for example, have never supported Flash, since founder Steve Jobs had serious concerns about the security of the language, not to mention the fact that it’s a notorious battery-life drainer. Google followed suit, and Flash hasn’t been supported on Android devices for more than five years now.

Businesses targeting the mobile market simply cannot afford to have their videos and animations replaced with gray boxes emblazoned with warnings on mobile devices, and thus turned to the more mobile-friendly HTML5 to ensure their efforts weren’t in vain.

Further solidifying HTML5’s dominance in the mobile sphere is the ability to customize animations. While Flash is arguably easier to use, since you simply add the appropriate code to your site and it appears the same across platforms, HTML5 requires a bit more customization in order to work correctly on different platforms and devices.

While this might be seen as a challenge to new web developers, to the business that wants to target a mobile audience, the ability to customize content in an HTML5 editor is actually a boon. Instead of creating content and hoping for the best (i.e., the user is viewing the content on a PC and has the correct Flash player installed), developers can create unique content to best suit the needs of different audiences and be sure that it will work properly no matter what device, operating system, or browser is being used.

Security Is a Real Concern

Another major reason for the widespread dislike of Flash is the fact that Flash is notoriously risky when it comes to security. Hackers often target vulnerabilities in Flash as a means of spreading malware, and while updates are common, they often aren’t released until it’s too late and users have fallen victim to exploits.

The security risks are so great that Mozilla actually attempted to block Flash from the Firefox browser entirely, until Adobe issued a fix for the problem. The fact remains, though, that Adobe has yet to determine a method for making the plugin completely secure, and thus the cycle of exploits and patches continues. 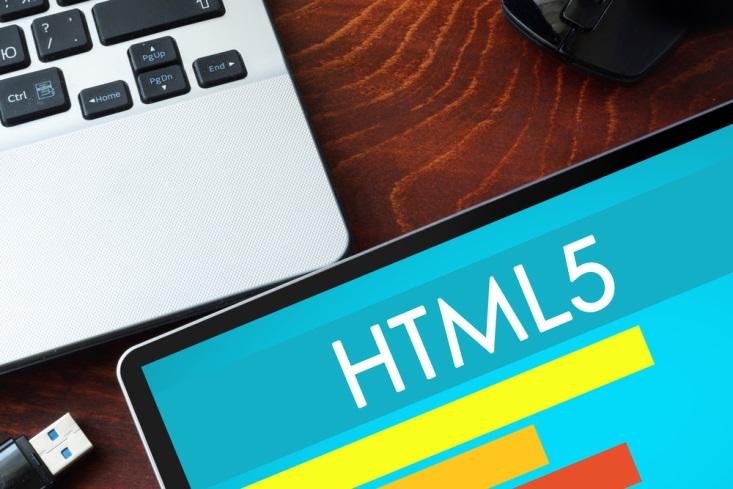 In terms of SEO value, Flash is all but useless. At the risk of oversimplifying, when search engines crawl the web, they cannot see what’s contained in a Flash video because it’s a closed container. The search engines therefore ignore the Flash content, even if it’s relevant to the search query.

Using HTML5, though, allows you to include information that you would expect from a standard web page, including metadata, H1 tags, and the like, making the HTML5 videos searchable. For businesses using videos and animation as part of their content marketing strategy, HTML5 ensures that their content will rank in search results, and improves overall content performance.

There are several other reasons that HTML5 is quickly eclipsing Flash as the preferred technology for including videos and animation on the web. HTML5 is free to use, and uses considerably fewer processing resources than Flash. There are still some who prefer Flash, noting that the ease of use and wealth of resources available for help make it a more attractive option, but it’s very likely that those developers will soon find themselves left behind, as HTML5 software becomes the preferred tool for creating content that converts. For amazing HTML5 animation, check out our tutorials, read our blog, or get started on your project!

What is Video Marketing? [Updated]