How to Edit Videos for Social Media in 5 Easy Steps

Anastasia Melet
PR in IT

It’s a video-based world – we’re just living in it. In terms of marketing and particularly building awareness through channels like social media, video is by far one of the most powerful tools that you have available to you in the modern era.

A study by Social Media Examiner estimates that 60% of social media marketers are currently using video across their campaigns – a number that is growing all the time. In just a two year time, it is estimated that videos will make up about 82% of ALL traffic on the Internet worldwide – let that sink in for a moment.

All of this stems from the fact that four times (!) as many customers would rather watch a video about a product than read about it – even if both a video and a blog post contain the same essential pieces of information. 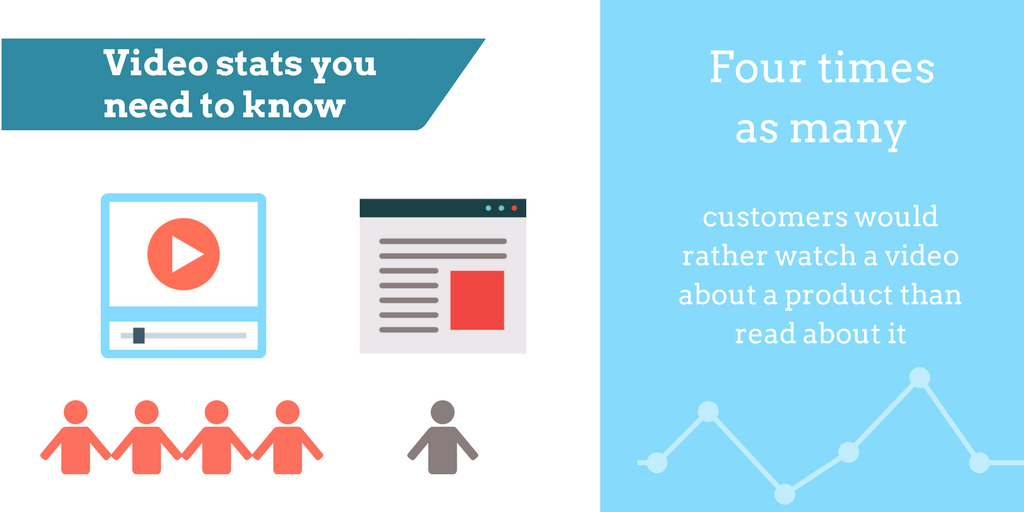 However, not all videos are created equally. While it’s hard to replicate the results of a well-designed video with any other technique, a poorly thought out video will absolutely fail to generate the types of results you need the same as anything else will. If you really want to unlock success by publishing videos on social media, you’ll want to keep a few key things in mind to help make sure you’re creating the right content for the right audience at the right time.

Step 1. Start With Your Audience and Work Backwards

The single most important step to take in terms of editing videos for social media involves starting with your audience and working your way backward. Once you decide both A) who the video is for, and B) what the intention behind the video really is, the actual length and style fall into place automatically.

Is the video that you’re creating intended to support a blog post, for example? Is the video designed to stand completely on its own, or is it supporting and complementing another piece of content?

Is the video that you’re creating intended to support a blog post, for example? Is the video designed to stand completely on its own, or is it supporting and complementing another piece of content? Something that falls into this category would obviously be a bit longer than something like a webinar announcement, which would be shorter and contain just the information the reader absolutely needs to know.

How to Turn Articles into Videos in 10 Minutes

Never forget that the purpose of the video will define nearly every other step you take, from its overall length to whether or not you use captions to even the editing style. For instance, watch these two examples.

This is an announcement of Wave, a new video maker, that has recently been released. We wanted to share the news with our audience.

Wave is out ? Come check it out! https://t.co/skOiwCEmPO #SMMW17 #VideoMarketing #VideoAdvertising pic.twitter.com/I0J047eLts

Notice how the video is a bit longer because we wanted to show some of the features to engage the audience. At the same time, each new scene is opened with a title, like “Get square and vertical in a click”. This way, we manage to convey the message even to those users who watch it with the sound off.

Another video is a short announcement of a new blog:

Do you see the difference between the two? Notice how short the second video is. Basically, we just wanted to catch the viewer’s attention and very briefly show what the blog is about. Again, we placed the text directly on the video, so that everyone watching can see what the video is “saying”.

Step 2. Play to the Strengths of the Social Media Platform

Next, you’ll want to carefully consider the actual social media platform that you’ll be publishing the video on when making decisions regarding factors like length. Many people don’t realize that something that works great on Twitter might not work so well on Facebook because you’re dealing with two completely different networks and, as a result, audiences.

editor’s picks
[Infographic] How Long Should Your Social Video Be?

Twitter users like short bursts of information, for example, so if you can convey the main point of your video in even just a few seconds you should absolutely attempt to do so. Facebook users like to spend time with their content, so here you would have a few minutes or more to play with.

Step 3. It Begins With a Bang

When you actually get to the point where you’re making creative decisions in terms of your video, one of the most essential things you can do is guarantee that you’re starting as strong as possible. Capture the viewer’s attention from the very first slide whenever possible.

Capture the viewer’s attention from the very first slide.

The people that you’re trying to reach are essentially being bombarded with information all day from every angle. As a result, their attention spans are only getting shorter. If you give someone a reason to click away from your video, they will take it – so it’s important to not fall into this trap. Hook your audience as early as you can to guarantee that they actually watch until the end.

If you are looking for a great example of who is doing it right, that would be Tasty, a project by BuzzFeed. All of the videos these guys produce are short, concise and catchy.

Step 4. The Dangers of Autoplay

On the surface, autoplay may seem like a great idea because you can essentially “guarantee” that someone will start watching your video. However, you’ll definitely want to reconsider this. Considering that 80% of viewers will watch videos with the sound off (particularly on social media), there’s a chance that they may not even realize an autoplay video has begun until it’s too late for them to care.

Likewise, because they’re probably watching your video with the sound off, make sure you add text and other captions to your video to help support this choice. Make sure that those captions are just as stylish as the rest of the video for the best results.

Step 5. Get Yourself a Solid Editing Tool

Finally, never forget that a video is only ultimately as good as the tool you choose to edit it on. These days, you don’t have to be a graphic designer with years of experience to edit great-looking videos. Most operating systems come with at least one video editing application already installed at the time of purchase.

How to Make a Video If You've Never Done It Before: a Step-by-Step Guide

Whether you choose to use a free tool like iMovie (on the MacOS operating system) or Windows Movie Maker (on the Windows operating system), find a tool that you’re comfortable with and learn how to use it. If you want to take things to the next level, options like Wave are also great for editing videos in a way that can be instantly published to your social media platform of choice.

Detailed Guide to Video Aspect Ratio: Free Tutorial On How to Resize Videos