How to Make a Viral Video: Neuromarketing Hacks

In his TED presentation, YouTube Trends Manager, Kevin Allocca, talks about the four elements of a viral video – unexpectedness, audience participation, tastemakers, and video length. While these elements are no secret ingredients, they cannot be considered the only determinant of a video’s success.

A viral video essentially is one that is easily shared, very simple to understand, entertaining or emotional. Above all, this video connects with its viewers. 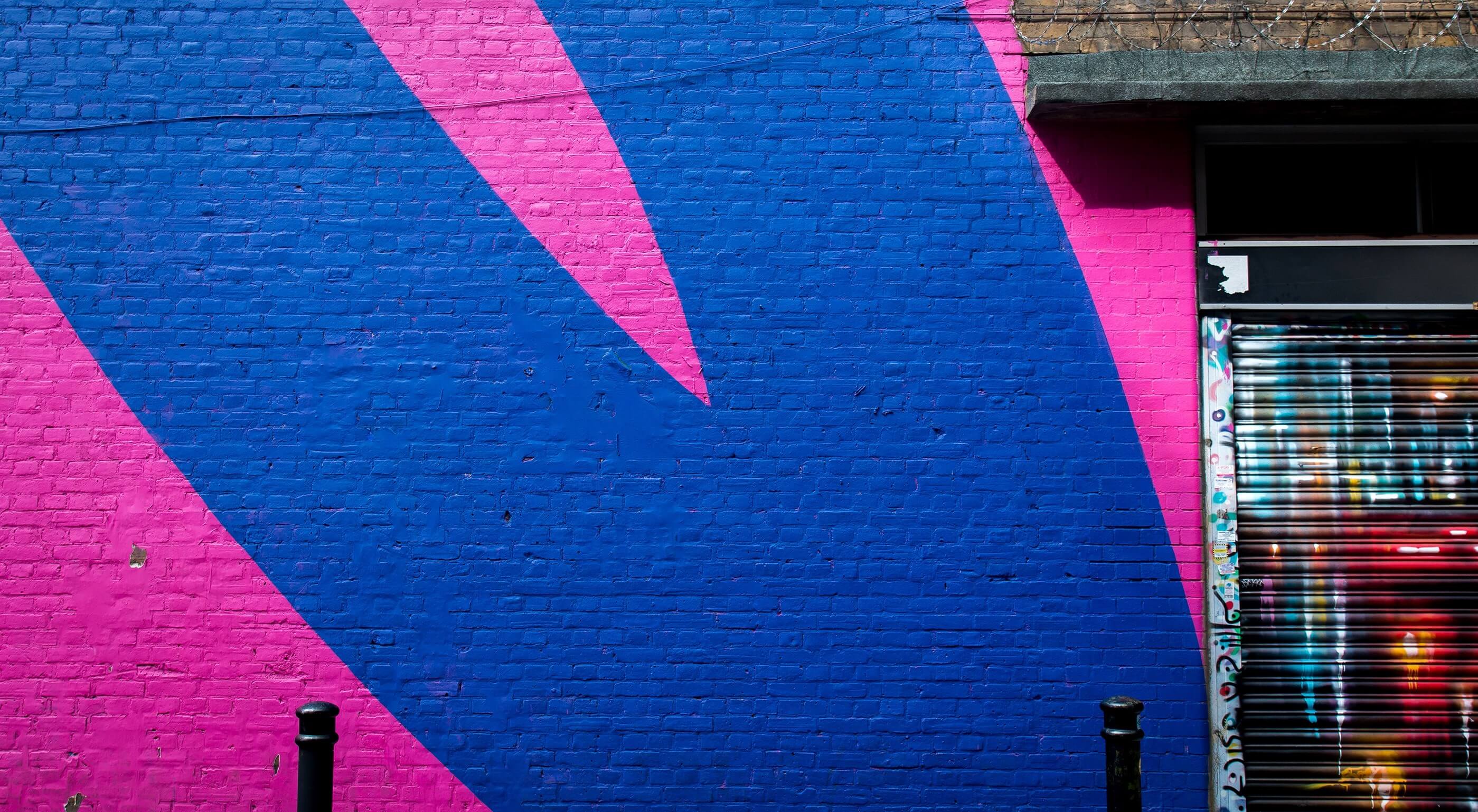 A viral video essentially is one that is easily shared, very simple to understand, entertaining or emotional.

This connection is strong when your content creates a sudden lift. This lift is often triggered through psychological and behavioral responses, traits that neuromarketing taps into.

Neuromarketing techniques incite user behavior and emotion in a guided path by understanding user’s reaction to a certain event. Collectively these responses build virality. Let’s dive into some such neuromarketing hacks that can make your video contagious:

Know thy audience: find emotions they connect the most with

Knowledge of audience behavior is perhaps the most important factor in crafting viral content. Because that is how you will find what appeals to your viewers, what keeps them glued to their screens. Once you understand your audience, you can use that information to create videos with viral factor.

Know Your Audience: How to Conduct Market Research for Making Effective Videos

Depending on your audience, the elements of appeal can vary. But it is crucial to remember that in all these cases, the key to virality lies in effective storytelling.

As per the PAD emotional state model, these triggers can be broadly classified into:

If your video creates strong feelings (either positive – joy, blissfulness or negative – anger, fear) in your viewer, it is much more likely to go viral. To ensure that the end impact is positive, focus on delivering strong but positive feelings. Humor is one such powerful tool and is a successful ingredient in a number of viral videos. Or you can craft stories that tug at heartstrings and trigger a mix of emotions. Like this “Moments” video by Volvo that taps into our joys and also our fears:

A considerable factor in decision making, arousal can also have a negative or positive association. This emotion is effectively tapped in product teasers where the excitement is built through bits and pieces but the complete picture isn’t revealed.

People like being in control of their emotions, irrespective of the emotion they experience. Strong feelings of dominance correlate with a higher chance of purchase meaning that more the people feel in control, more likely they are to engage and share something.

Once you understand which emotion is most appealing to your audience, you can fine tune your video to connect to them emotionally. Also, age group, user’s region, and cultural values are some other factors that should be kept in mind.

Another very effective neuromarketing hack which also taps into your audience behavior is the addition of a surprise element. That is what worked for this video and made it viral albeit unintentionally:

Add virality with a KISS

Human attention spans are down to 8 seconds. So the advice of “keeping it short and sweet” is more useful than ever. This advice also applies to your video content.

editor’s picks
[Infographic] How Long Should Your Social Video Be?

While the optimal video length cannot be set in stone, most viral videos are timed well and don’t drag. This means that the sweet spot for your message delivery can vary but ideally your video should be short.

A study of 20 of the most viral videos was conducted by Elon University and it revealed that 60% of the videos used in the study had short-run times (less than 3 minutes). Another factor highlighted by this study was that 50% of these videos contained an element of surprise.

Don’t give everything away – use the curiosity gap

Curiosity sparks interest and that interest drives engagement. But for your video to be really successful, the content should be as effective as the hook.

Start by creating a headline that makes people curious, making them wonder what’s in store. Like Australian Metro does with their video “Dumb Ways To Die”. First, the video invites you with its title and then wins you with its impactful storytelling, the reason why it has earned around 168M views till date. And the virality of this video didn’t stop there. Various parody videos came out after its release. In fact, it became so popular that it was turned into a game.

Videos that offer a practical value do many things for a brand – it helps them establish their authority and also come with a high viral quotient.

Take cues from those makeup tutorials or travel hacks videos that create wide engagement. We discovered one such page in our quest and came across “5-minute crafts”.

These work well as they invite participation because of the practical usefulness they deliver.

An example of a video that delivers practical tips. Created by Wave.video

Use your video to inspire and influence

People love inspiring videos that make them feel positive and prefer sharing them with others.

Intel’s “Look Inside” video narrates one such story of the founder of Not Impossible Labs, Mick Ebeling, who established the world’s first prosthetic 3D printing lab in Daniel’s village; Daniel lost both his arms during the civil war in South Sudan.

The video goes on to ask “How do you unlock the potential to save lives” and then moves on to answer it by saying “Look Inside”.

Videos also come with the “influential” advantage. With influencers participating in your video, you can generate the buzz and lead the crowd. In fact, influence can also be created through the use of relatable characters.

Old Spice uses such a character in one of its most viral campaigns. This character appeals to both the male and female audience by creating a compelling message “Smell like a Man, Man”. The result? The video became a massive hit with 55M views.

Neuromarketing hacks tap into the science of virality and create a strong impact on your audience. So understanding your audience’s response to a particular content is crucial. This response must then be mapped to your content so you can construct a story that will wind them up and get them going.

So there you go! You now have the ultimate recipe for making your first successful viral video.

Create Your Own Viral Video with Wave.video

About the author: Deepasha Kakkar is a visual marketer, founder of Crackitt, and a consumer behavior aficionado. She helps businesses & organizations hone their identities, craft their brands, and share their truths using beautiful handmade animated videos and compelling infographics. You can connect with her on LinkedIn. 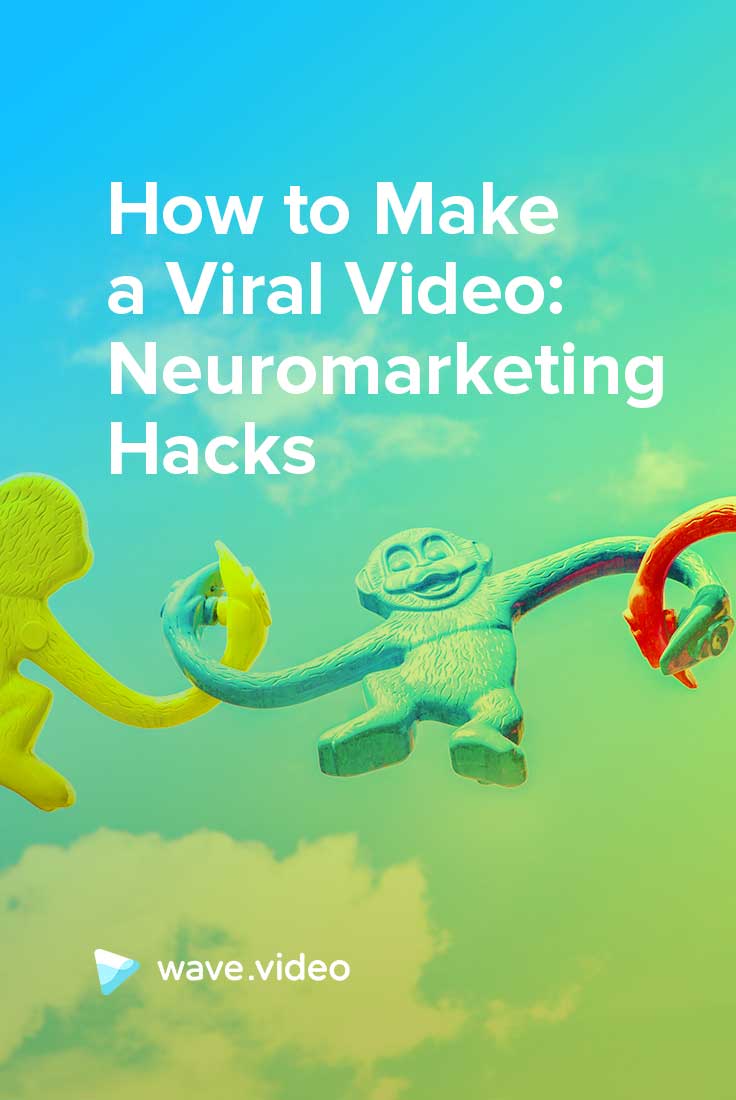 How to Make YouTube Thumbnails that Get Clicks: Size, Dimensions, Best Practices

How to Go Live on TikTok: the Complete Guide

How To Combine Videos [For Free]

Webinar Marketing: How to Promote Your Webinar and Attract More Attendees