Chris Savage
The CEO and co-founder of Wistia
csavage

When Brendan Schwartz and I founded Wistia twelve years ago, video was just getting big on the internet. Back then, if you put a video online telling people about your company, you were ahead of the curve.

We thought that one day, video would be central to how companies market themselves online. We were right: now, video marketing is everywhere. The “problem” with that is that simply making a video isn’t enough to give you an edge anymore. Today, being creative with how you approach video marketing is more important than ever.

Social Media is a Sandbox

To stay ahead, you need to develop a strategy for making and sharing videos that people genuinely want to watch. At Wistia, we’ve found that the best way to do this is by doubling down on creativity.

The most important use of social media videos isn’t bringing people back to your site—in fact, the algorithms of Facebook are specifically designed to keep people on Facebook. Instead, think of social media as a sandbox: it’s a place where your only job is to create the coolest content possible. You need to create the kind of content that will make people stop and think about who you are as a company.

You need to create the kind of content that will make people stop and think about who you are as a company.

Creativity is how you win in this sandbox. Don’t spend too much time thinking about conversions. Instead, think about all the other endless sea of content on Facebook: that’s your competition for people’s attention.

How will you stand out? By taking more creative risks, relying on your own teammates’ personalities, and getting more artistic.

Creativity doesn’t mean that you need to reinvent the wheel every time you make a video. One of the most effective and efficient ways to make creative videos is to ride current social media trends.

One of the most effective and efficient ways to make creative videos is to ride current social media trends.

We found success with this strategy last year during the viral rise of Snapchat’s Hot Dog Man. When we discovered the trend of videos featuring this little dancing hot dog, we decided to try our hand at making and promoting a video featuring Hot Dog Man.

The whole thing took about four hours and had a lower advertising budget than we usually spend on Facebook posts, but it ended up getting viewed over 100,000 times inside of a week.

Experimenting with weird and silly ideas like this is how you come up with video content that people actually stop and watch.

Here’s the thing, though: to be able to execute on ideas like Hot Dog Man, your teams need to be agile and open enough to set an afternoon aside on short notice to experiment. If you aren’t able to act quickly, the window of opportunity on something like a Snapchat trend will close forever, and the idea won’t be worth it anymore.

How to Create Awesome Marketing Videos on a Budget

Your teams need to be agile and open enough to set an afternoon aside on short notice to experiment.

If you’re not sure whether your own team is agile enough to experiment with this kind of silly idea, take an afternoon off and see if you can take something like this from idea through publication! Even if you don’t end up making a viral video, you’ll learn a lot about how equipped your team is to experiment with a new idea on a moment’s notice.

Put your team in front of the camera

Even if you feel like the product you’re selling is fairly boring, I’ll bet you think that the people behind it are extremely interesting. Don’t let them go to waste: you should be putting those people front-and-center in your videos!

Wistia is a video hosting company, but it still took us a long time to realize that we needed to put our own team in our videos. Our first videos were dry, formulaic screencasts explaining the features of our video player. Lo and behold, these videos didn’t get a lot of views.

Then we decided to make a video showcasing our team. It wasn’t anything fancy: it was basically just a camera zooming around our office, with 3D lettering identifying all the different team members in the video.

We knew we were onto something when we saw that the video had a 78% engagement rate: people, on average, were watching 78% of a fun little video that literally just introduced our team members with a bouncy soundtrack.

Since that first video, it’s become part of Wistia’s DNA to put our own team in all our videos. And as our team has gotten more comfortable expressing themselves on camera, our videos have become increasingly “out there”—like this video we published on Facebook to advertise the launch of Wistia for Chrome.

That video ended up getting around 60,000 views.

Every company is a rich tapestry of personalities. You don’t need to get into spandex; it might be video ecards or one simple video: just smile and introduce yourself! People are scientifically drawn to other faces, so a simple, friendly video of your team will go a long way towards forging a genuine, emotional connection with present and future customers.

You may be nervous about making creative videos because you think it is harder to “optimize creativity” than it is to optimize quantifiable metrics. But just like data analysts are masters of metrics, there’s a whole industry of creativity masters: artists.

People make decisions emotionally, so you need to think about how your video content can best cultivate an emotional relationship with potential customers. This is what artists are great at—and it’s obvious when brands have gone the extra mile to make their videos not just creative, but truly artistic.

You need to think about how your video content can best cultivate an emotional relationship with potential customers.

My favorite example of artistic video marketing is Squarespace’s 2015 ad campaign featuring Jeff Bridges. They got The Dude to record an album of throat-singing, and then they made a commercial advertising that album. That campaign was all about doing something fun, creative, and kind of ridiculous. That turned Squarespace into a brand with emotional caché. 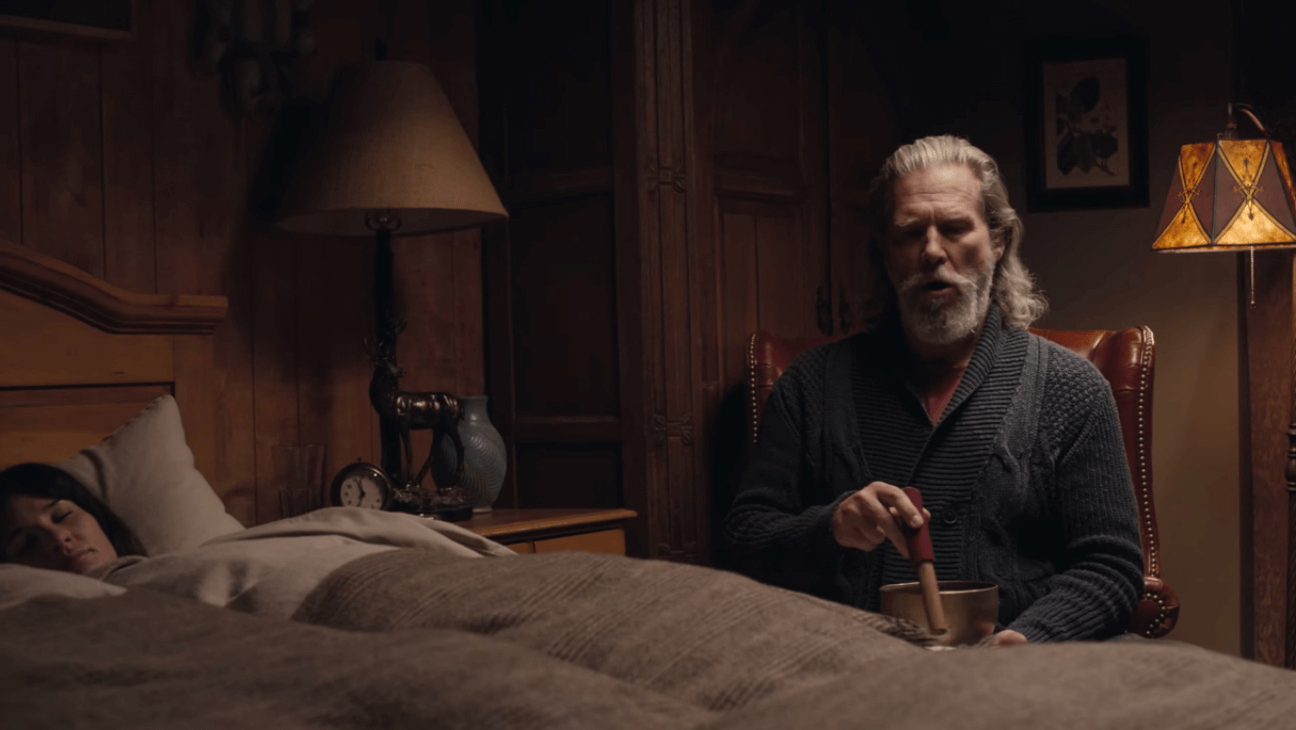 You don’t need to go out and specifically try to “hire an artist,” either: chances are good that you’ve already hired artists without realizing it! Ask your team who loves to draw; ask them who’s directed a play before. Once you make it clear that you’re encouraging and advocating for their creative passions, it won’t be long before you’re reworking your About page into an 80’s compilation infomercial:

About the author: Chris Savage is the CEO and co-founder of Wistia, a leading video platform that enables business teams to harness the connective power of video. After graduating from Brown University with a degree in Art-Semiotics, Chris and his co-founder, Brendan Schwartz, started Wistia in Brendan’s living room in 2006. Wistia has since grown into a multi-million dollar business with over 80 employees and 350,000 customers. 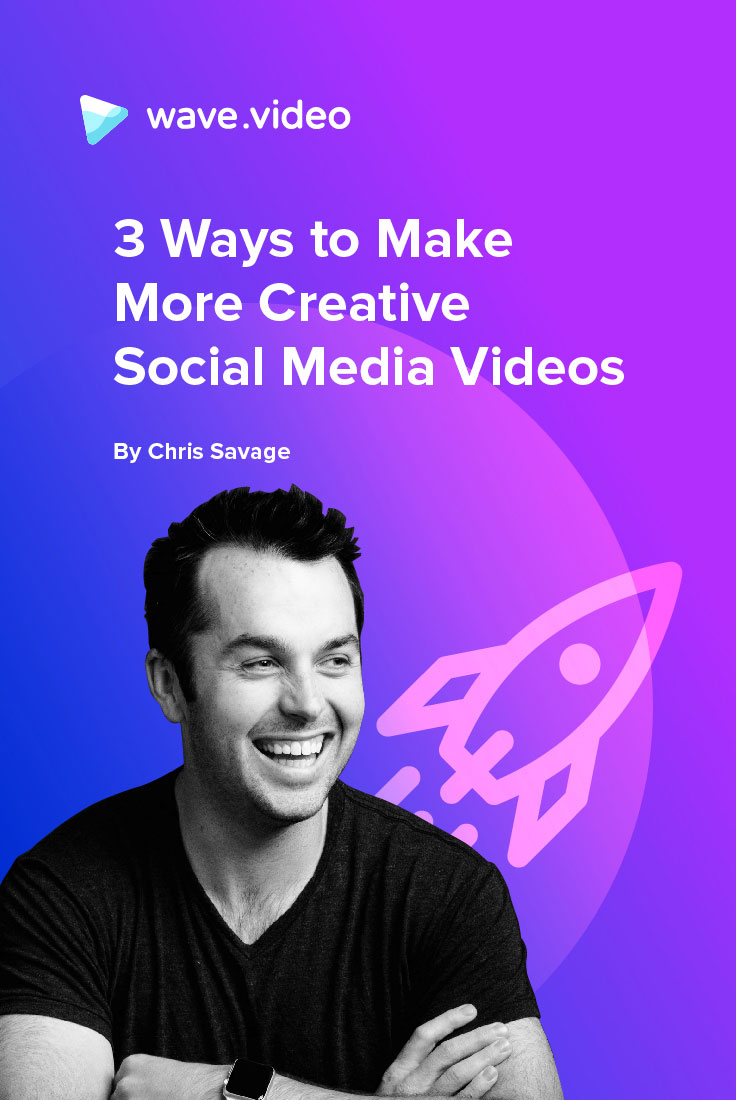 Detailed Guide to Video Aspect Ratio: Free Tutorial On How to Resize Videos