If the Star Wars Characters Were Marketers, What Video Ads Could They Create?

You probably already know that the new movie in the Star Wars anthology is coming out at the end of May. The new movie is a spin-off of the main story. It tells a story of how young Han Solo met his copilot Chewbacca years before the Rebellion.

How is this relevant to video marketing, you might be wondering?

First, half of our marketing team is super excited about the new movie. I mean, who wouldn’t be? Hearing the story of young Han Solo who is NOT played by Harrison Ford for once, is enough to make me want to buy the tickets for the next movie available.

(don’t get me wrong, I do think Harrison Ford is awesome)

And second, it gives brands an opportunity to market to the relevant audience and use this news hook to come up with some marketing creatives.

But we decided to flip the story on its head and asked ourselves this question. If the Star Wars characters were marketers, what video ads could they create?

And here’s what could have been the answers.

If you only know one thing about Han Solo, it’s probably the fact that he had a hairy friend and drove the coolest vehicle in the whole galaxy (although it might not have always looked that way).

What video ad could he have created if asked to do so?

A taxi ad, of course.

Things to consider: if you want to leverage the news hook like this new Star Wars movie, it’s important you don’t cross boundaries with your visuals. We are all too familiar with the Creative Commons licensing and what restrictions it implies. Use stock footage that is licensed to use for commercial purposes and avoid using the direct mention of the movie characters (unless you have an explicit permission).

29 Places to Find Free Stock Footage for Your Videos

Yoda is famous for his queer manner of speech. This wise green creature is easy to mimic: it seems we can just put the words in the sentence in any order we want.

However, Yodish actually that seems to follow certain rules.

So, if we imagined the Star Wars characters making video ads, what could Yoda promote?

Things to consider: If you want to use Yoda for a marketing visual, creating a visual quote mimicking this Jedi master seems like a no-brainer. It’s a great and fun visual to support your social media marketing activities. After all, who doesn’t love Yoda?

Oddly enough, Leia’s hairdo strongly associates with a cinnamon roll in my head. So I thought it would be fun if the Princess had a bakery where they would only sell cinnamon rolls — the best in town!

Here’s what the bakery video ad could look like.

Things to consider: With this add, I took a different angle than with the previous two. It does not necessarily resemble the Star Wars universe right away. However, creative thinking can go a long way. Think out of the box and experiment with your visuals for social!

What is your favorite Star Wars character and what video ad could s/he create? Share in the comments below! 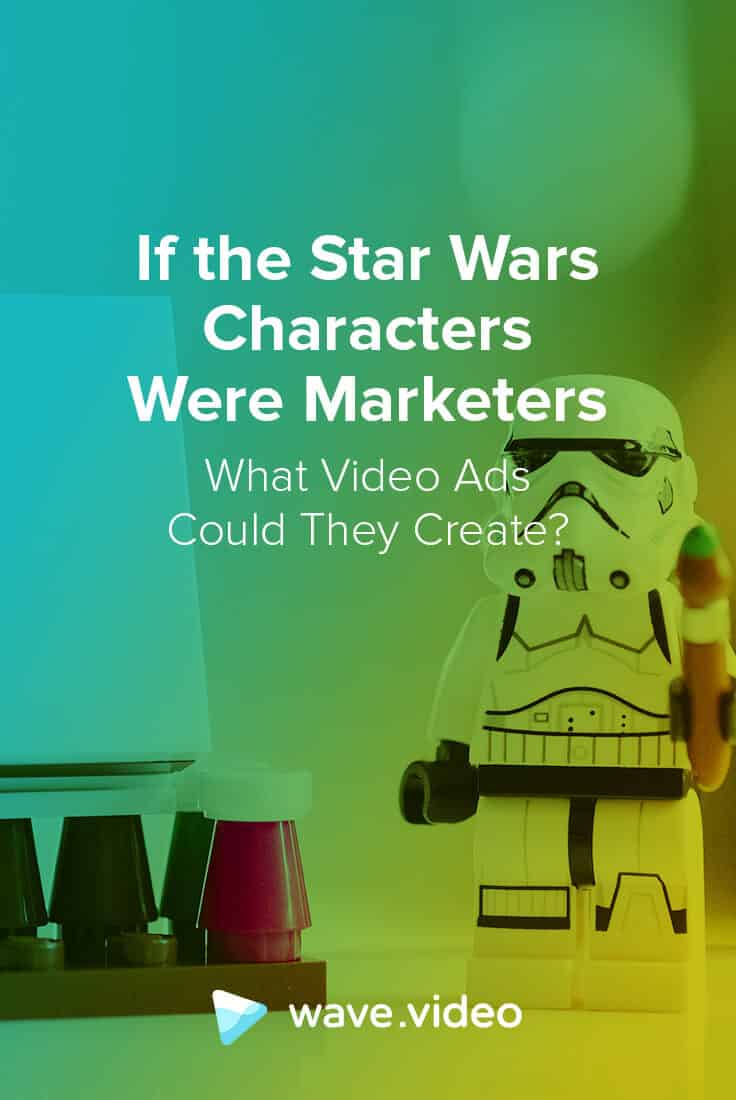