Video Marketing Guide for Small Businesses: How to Get Started

We’ve officially entered into an age where video marketing isn’t just important. For small businesses, in particular, it may be the single most effective way to raise awareness, increase engagement and create an emotional response from your audience – all at the same time.

It’s an undeniably popular format, to the point where SmallBizTrends estimates that video will account for 80% of ALL consumer Internet traffic globally by as soon as 2019. 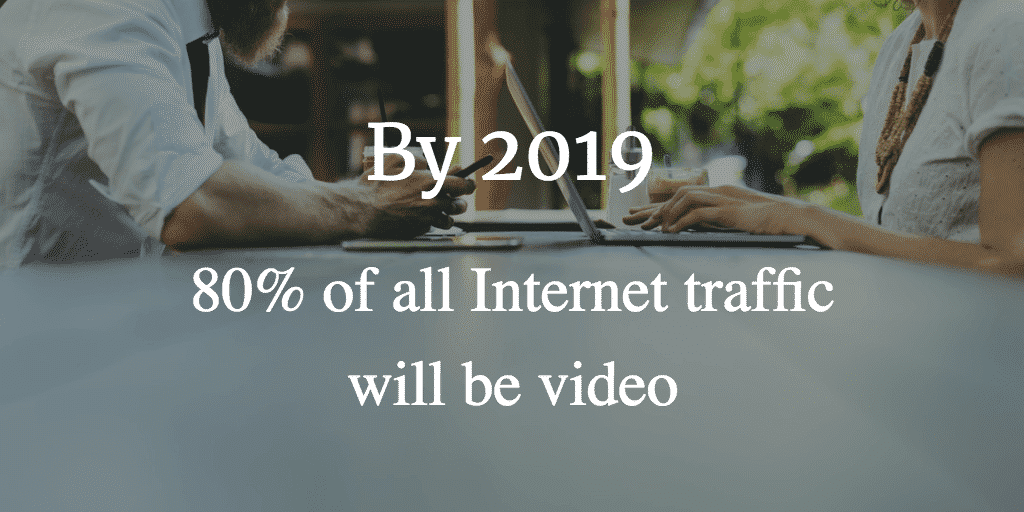 There’s a reason why an astounding 87% of marketers now say that they rely heavily on video content as a significant part of their larger efforts – it doesn’t just work, it works incredibly well. Not only does 85% of the Internet audience in the United States in particular currently watch videos online, but it’s a particularly resonant format with young people.

40% of the time that people between the ages of 25 and 34 spend online involves watching video content of some kind.

If you really want to make the most of your video marketing efforts as a small business owner, there are a few key things that you’re going to need to keep in mind.

One of the reasons why video marketing is so important in the modern era has to do with the ways in which it intersects with another one of today’s hottest trends: social media. For proof of this, consider the following statistics:

Even YouTube, which technically counts as a social network due to its social sharing functionality and the ways in which it integrates with other services like Google+, has over a billion users – which is more than 1/3rd of all people who are actually on the Internet right now.

To that last point, more video content is created and uploaded to the Internet in a month than all of the major television networks in the United States have created in the last three decades – combined.

So when you start to ask which social channels you should be posting your video content on – Facebook, Twitter, YouTube, Instagram, Pinterest, etc. – the answer is overwhelmingly clear: all of them. But even still, there are a few things that you need to pay attention to in order to make the most of these efforts.

Never forget the fact that no two social media channels are created equally. They all have their own unique advantages and quirks and only by keeping these variables in mind while creating and publishing video content will you be able to take advantage of them and use them to your benefit.

Never forget the fact that no two social media channels are created equally.

A person who goes to Facebook is looking for a very different experience than someone on Twitter, for example – it’s the reason why most people have multiple social accounts in the first place. If all networks were the same, there would be one overwhelming victor in terms of popularity – and there isn’t, nor is there likely to be.

Twitter users tend to enjoy shorter, faster bursts of information, for example. The type of video content you create should match this experience. If “brevity is the soul of wit,” brevity is also the key to your success in terms of video marketing success in this regard.

When it comes to Twitter, in particular, keep in mind that 90% of Twitter video views actually happen on mobile devices like a smartphone or tablet. When you consider that 92% of these viewers are also likely to share content with others, your mission becomes clear: any video you create and publish on Twitter better look fantastic on a smaller smartphone screen.

Facebook, on the other hand, is a different animal altogether. Not only can your Facebook videos be a bit longer (somewhere in the five-minute range for pre-recorded content is usually ideal), but Facebook also happens to be the epicenter of another important trend these days: live video content.

Not only has live streaming video content on Facebook risen in popularity by 330% since rolling out in 2016, but Facebook Live videos are watched three times longer than videos that aren’t live anymore. If you’re looking for the perfect opportunity to not only capture someone’s attention but keep it for as long as possible, Facebook Live would certainly be it.

Other networks have their own quirks, too. YouTube is great for uploading any type of video content – regardless of length – in a way that can then be easily linked to other channels. Instagram and Pinterest users love visuals and tend to skew female, so keep that in mind as well.

Regardless of the channel you’re using, always start with what their specific audience is looking for and work your way back to the type of content you need to create to meet those needs.

Creating Your Own Videos: What You Need to Know

When it comes to actually creating your own video content, the good news is that this is more affordable and more effective than ever. Apple’s iPhone 8 Plus shoots native 4K video, for example, and also happens to be the type of device that you probably already own. If you don’t want to buy your own pro-grade video camera equipment, you no longer need to.

However, there are certain accessories that you’ll want to buy to help make your videos look as professional as possible. You’ll absolutely need a tripod, for example, to help keep those videos as steady as possible. This is true regardless of whether you’re shooting on a smartphone or on an actual video camera.

You’ll also want to invest in some type of audio recording equipment – particularly wireless mics that you can use to mic your subjects directly – so that your videos sound as good as possible.

In terms of editing, there are a number of great options available like Wave.video that allow you to edit professional grade videos that are optimized for social media right from your current laptop or desktop computer. Other options, like iMovie, are also available for free in places like the iTunes App Store.

Because video marketing is constantly evolving, you’re also going to want to pay attention to what others are doing in a proactive effort to keep up to date on all of the latest trends. There are many, many examples of videos created by small businesses (like this one, or this one, or this one…) that have found tremendous success online – all of which you can learn from.

But make no mistake: video marketing isn’t going anywhere anytime soon. If anything, it is only going to get more popular as time goes on. Ramping up your efforts now may very well mean the difference between a good marketing campaign and a great one moving forward.

How to Go Live on Instagram on Your Computer